Notice: Trying to access array offset on value of type null in /var/www/wp-content/themes/jupiter/components/shortcodes/mk_icon_box/vc_map.php on line 142

Ms. Sexton went out looking for the gods.
She began looking in the sky—expecting a large white angel with a blue crotch.
No one.
She looked next in all the learned books and the print spat back at her.
No one.
She made a pilgrimage to the great poet and he belched in her face.
No one.
She prayed in all the churches of the world and learned a great deal about culture.
No one.
She went to the Atlantic, the Pacific, for surely God…
No one.
She went to the Buddha, the Brahma, the Pyramids and found immense postcards.
No one.
Then she journeyed back to her own house and the gods of the world were shut in the lavatory.
At last! she cried out, and locked the door. 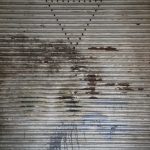 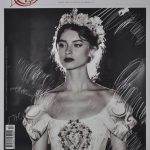 No title (In memoriam Mayakovski)SERIES